Article translated in English from the Cyprus News Agency report on the event.

The SUGAR team, in collaboration with NGO Oxygono and the Youth Council of Cyprus, have organised a two-part discussion panel series under the theme of “Limassol 2040”, which aim to discuss how a long-term plan for a city can come to fruition through the participation of citizens, the community and the authorities. The second part of the discussion took place on the 5th of December 2019 at the Cyprus University of Technology in Limassol. The invited speakers were Nicos Nicolaides (Mayor of Limassol), Pantelis Eutixiou Georgiou (Mayor of Ypsonas) and Charalampos Theopemptou (MP of the Ecologists – Citizens’ Coalition Movement). The discussion evolved around five main themes, including local government reform, tall buildings, sustainable strategic planning, future challenges and the long-term plan for Limassol.

The two Mayors emphasized the need for local government reform and expressed their support for the proposal put forward by the Government so that Municipalities could acquire the necessary responsibilities and financial capacity to perform their duties more efficiently towards improving citizen welfare. From his point of view, Mr. Theopemptou expressed that, although the proposed bill has “good potential”, it also appears to have “many shortcomings”, leaving “many unanswered questions for the Parliament to discuss”.

Concerning future challenges, Mr. Theopemptou strongly underlined that Municipalities need to employ certain measures that address the impacts associated with a poor public transportation system, lack of green space, inadequate waste management system, rising temperatures and air quality. Particularly for the latter, Mr. Theopemptou pointed out that, according to a research carried out by the Cyprus Institute, statistics indicate that on average two Cypriots die prematurely, every day, due to poor air quality.

Moreover, The Mayor of Ypsonas expressed his concern on the forthcoming effects of climate change, particularly rising sea levels. “With the sea levels set to rise, by approximately two metres, over the coming decades”, Mr. Georgiou strongly urged that we need to take measures and protect our coastal cities. Among other things, he also referred to the design of the Limassol Metropolitan Park, which has been put on hold due to the cancellation of the Local Plan, while at the same time assuring that this goal remains a high priority on the agenda of all six Limassol Mayors and will be included in the revised Local Plan as well as the strategic planning proposals 2021-2027.

Regarding the Sustainable Urban Mobility Plan (ΣΒΑΚ), the Mayor of Limassol noted that the aim is to solve the issue of excessive car use “which in Limassol exceeds 92%”. Mr. Nicolaides suggested that the implementation of such a Plan, requires the necessary funds and technocratic approach, but above all, a strong political will. He also indicated that the Plan entails major changes “that are in conflict with the mind-sets of Cypriots, who are accustomed to drive everywhere exclusively in their cars”.

Regarding the controversial topic of tall buildings, Mr. Nicolaides did not exclude the possibility of strategically locating future high-rise developments on the Coastal Road, also known as Aktaia Odos (a road ranging from Limassol Marina to the Port of Limassol). The Mayor recalled that the former, as well as the current City Council felt that this strategic approach could be achieved successfully through proper procedures. “It is an issue that is currently being discussed and should be assessed in light of the current situation”, he added. Mayor of Ypsonas said that although there is a need for tall buildings, so far these have been constructed in the wrong locations. Instead, “they should be strategically positioned in such a way as to form a strong financial district – in order to attract other companies”, he also commented.

We allowed the businessmen to build towers where they wanted, without sufficient strategic planning and design, said Mr. Theopemptou, who also noted that on a daily basis every construction site of a high-rise building dumps 2500 tonnes of water into the sea, the quality of which is controlled by the associated companies themselves. He indicated that everyone was rushing to obtain planning permits because the legislation for almost zero energy consumption buildings was planned to be implemented from the coming year.

At the end of the discussion, the audience had the opportunity to ask the invited speakers a series of questions in relation to the topics discussed as well as their views on the future of the city. 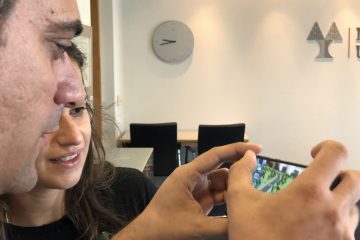 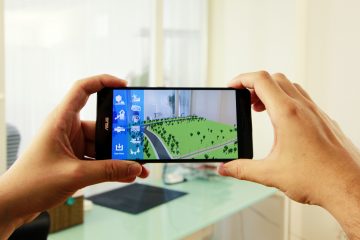 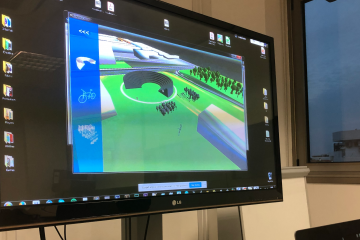 On Thursday 21st of November, the team leader from Harvard University, Prof. Spiro N. Pollalis, has visited SUGAR coordinator Cyprus University of Technology. His scheduled visit was part of the project agreement for exchanges between Read more…